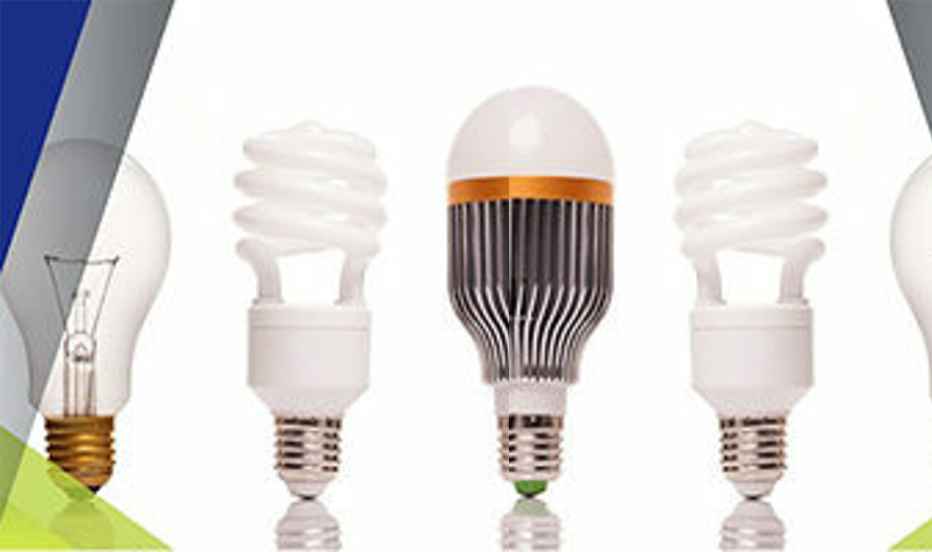 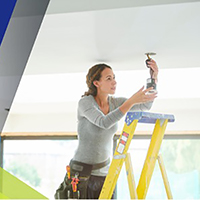 Luminaires have been around for centuries and come in many shapes and colors. Nowadays, light bulbs are used not only to illuminate the space around us but also as a means of decoration. Many homeowners and building owners use fixtures to highlight particular architectural features or emphasize specific artwork.

However, this hasn’t always been the case since people used to install fixtures mainly for improved safety and convenience. As years passed, experts were able to create different types of lights. People continuously enhanced various aspects of each model to create a product that is both bright and energy efficient.

Although other inventors previously attempted to create a light bulb, it wasn’t until 1878 that Thomas Edison filed his patent application for “Improvement in Electric Lights.” In 1880, Edison and his company began marketing its new product, a carbon-filament bulb that utilized tungsten filaments. He and his team discovered that this element could help fixtures last longer than carbonized bamboo.

Used in homes and offices around the world, incandescent bulbs are one of the most common type of light bulb. The inside filament wire of these fixtures is heated by an electric current passing through it at a high temperature. As a result, it glows and illuminates its surrounding areas.

Incandescent light bulbs are inexpensive and easy to use. However, their most significant downside is that they waste a lot of energy. Aside from light, these products also produce a substantial amount of heat. This will cost you more in the long run since the lamp life of these fixtures is only around 1,000 hours, meaning you’ll have to buy them pretty often. Plus, your monthly electricity bills may even increase because of this.

The first lamp to use halogen gas (or chlorine) was patented in 1882. However, the first time this product was released to the market was when Elmer Fridrich and Emmet Wile developed a halogen lamp that used iodine in 1959.

These products came in two variants: one-sided and two-sided. The former was often used in automobile headlights and dim projects because of their bright illumination and small size. On the other hand, the latter is often seen in floodlights and work fixtures because of their stronger light, which also causes them to consume more power.

Known as an enhanced version of their incandescent counterparts, halogen bulbs also utilize electricity. Current enters through the fixture’s socket and travels to the tungsten filament to heat it up. However, their main difference from the previous type is that their tungsten filaments are inside a quartz capsule filled with iodine and bromine gases.

Halogen bulbs create a warm, yellow glow rather than a bluish one. In addition, it has been found that these luminaires can produce the same amount of light a 60-watt traditional incandescent bulb can while using 25 percent less energy. However, these products also have drawbacks since they are more expensive than the first one on our list. They also produce much more heat, making them incredibly flammable.

Energy shortages pushed researchers to study more on fluorescent lamps. American companies first pitched their ideas during world fairs, highlighting how fluorescent lights could last longer than incandescent and halogen bulbs. However, it wasn’t until 1976 did Edward Hammer discover how to bend fluorescent tubes into a spiral. That was how he created the first compact fluorescent light (CFL), a product that would hit the market in the mid-1980s.

Designed to replace the first two bulbs mentioned, compact fluorescent lamps (CFLs) have different kinds. There are currently plug-in and bulb screw types on the market. The former requires a ballast and socket that corresponds to a specific base configuration, while the latter are self-ballasted and can be placed in an existing screw socket without needing any additional devices.

CFLs are four times more efficient than incandescent and halogen bulbs; switching to this light type will help you reduce your carbon emissions. They’re also less expensive and longer lasting. However, the most significant disadvantage of these luminaires is their mercury content. About four milligrams of this chemical is sealed within the glass tubing. If ever you accidentally crack your luminaire, you may be exposed to this substance, which has the potential to damage your nervous and immune systems.

Robert Biard and Gary Pittman invented the first light-emitting diode (LED) by accident. The pair was actually attempting to create a laser diode and unintentionally made something else. However, it wasn’t until 1962 did Nick Holonyack invented the first visible LED. By 1968, companies started mass-producing these luminaires, but it wasn’t until 2008 that these items became more popular in schools, offices, and hospitals.

Unlike all previous models that first converted electrical energy into heat before turning it into light, LEDs transform electricity directly into illumination. They utilize “solid-state” technology, meaning the materials used to generate light are encased in a solid material. There are currently two kinds of this fixture that you can buy nowadays: a lamp type (leaded) and a chip type (surface mount).

The biggest advantage LED lights have over other types of fixtures is their long lifespan. These luminaires can last for at least 50,000 hours, which means you won’t have to replace your bulb for years. Although a higher upfront investment is required, this luminaire is energy efficient since they produce less heat and are more environmentally friendly because of the lack of mercury.

There have been numerous light bulb types that were invented over the years. From incandescent to LED, each model can produce an ample amount of illumination to ensure that you see what’s in front of you. However, when choosing a luminaire for your home or office, you must pick one that is most beneficial to you.

At Ecoshift Corporation, we can provide you with various LED lights. You can turn to us for canopy lights, chandeliers, battery packs, and more. All you have to do is get in touch with our team today to get a quote. We look forward to hearing from you!

PrevPreviousReplacing Your Old Downlights at Home? These Tips Can Help
NextHere’s a Comprehensive Guide to LED Bulb Types and FittingsNext

Regardless of which items you get, you can be sure that all our products are made with high-quality materials.

*Domestic delivery only within Davao City

Brand New Replacement Warranty if items are in correct packaging and in good condition and/or no damages are found.

We offer free installation services when you purchase our products or choose us as your official supplier. Installations are subject to approval.

Thank you! Your request has been received. Please expect a call or quotation within 30 minutes. If not, you may call: